Do’s and Don’ts of Your First Trade Show: Part II

Do’s and Don’ts of Your First Trade Show: Part II

Do’s and Don’ts of Your First Trade Show: Part II – Tips for Your First Art Fair

Back in last November, our Vice President, Jess Mader, and our client, Brainy Ball, attended the Chicago Toy and Game Week together to help promote the new game, and from their adventure, gave us a bunch of great Do’s and Don’ts for your first trade show.

Taking that advice, our Art Director, Nina Zivkovic, recently participated in her first art fair, the 2019 Bitchcraft Fair at the David L. Lawrence Convention Center (DLCC) on September 22nd. After years of illustrating, she finally wanted to take the next step and sell her artwork – and first place she though to start? A trade show/fair! She definitely did the “Do’s” and thankfully stayed away from the “Don’ts”, and it showed in her booth traffic!

In Part II, we’ll cover even more experience from Nina’s fair, that’ll help novice potential vendors feel a little more at ease, and even inspire some veterans, too!

First, and before anything else, if you’re literally physically able to: stand as much as you can during the trade show.

In Part I, we had “Don’t: Look Unapproachable” as one of our top “Don’ts”, and it was incredibly true at the fair. Many of the booths and vendors who didn’t get as much traffic, were sitting and quiet, even some on their phones. But more on this later! 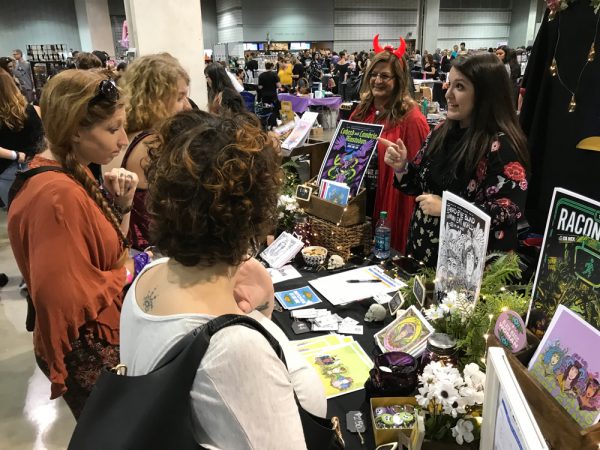 So you want to sell your art at a fair…

But where? And how do you know what’s the best one to start at?

At first, go with what you know. Big name fairs and trade shows, like the Home and Garden Show , Steel City Comic Con, and Handmade Arcade are great ways to look for requirements, for samples and examples, and all around inspiration. Most of which are held at large Convention Center’s like David L. Lawrence Convention Center or Monroeville Convention Center – just search through their calendars for upcoming shows!

But if you’re new at it, like Nina, sometimes that can be a little intimidating. Another great place to look? Facebook Events! You can check out events in the category that you’re looking for – i.e. Arts & Entertainment. Sometimes it’s good to venture outside of your niche to open up new avenues, but for your first show, we recommend applying for one in your lane. And, that’s how Nina found Bitchcraft. After looking through many upcoming events – a lot of which were already filled and closed applications, she found the Pittsburgh Fair that felt right up her illustration-style lane – witchy, creative, and fun! 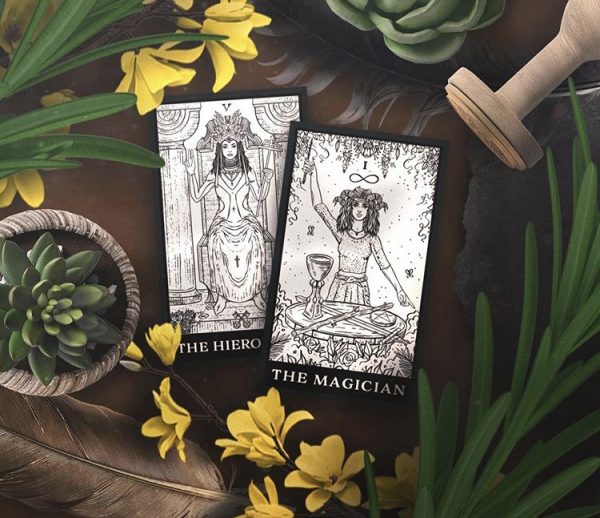 You found the right trade show that you’d like to show at… now what?

A lot of fairs and trade shows have easy to find applications on their websites. Some are more extensive and require more information, insurance, licenses, etc., others don’t. A lot of them also have wonderful lists that let you know vital details before you sign up. Make sure to read everything!

Before the application, also make sure you confirm pricing for the actual booth space and number of days it includes – as we mentioned in our first post, some have early bird registration deals – take advantage of those if you can. While researching, Nina found some that were free (much smaller events with a few artists/vendors) and others that were $1,000+. There are a lot of other costs associated with being a vendor (we’ll go into that more, too!), so make sure to read over the page for all details, and ask their support team any questions on fees, etc. It’s always better to ask than to just hope for the best.

For Bitchcraft, it was a fairly simple application that required basic info like name, email, portfolio, and other basic get-to-know-before-being-accepted info. The show was listed for September 22nd, and the applications were still open in July when Nina applied.

She only had to wait a couple days until she heard back from the fair team on her acceptance as a vendor!

Again, don’t forget or skip over the costs. And, not only the costs to the fair, but the costs what your booth set-up, your products, etc.

Back at the end of July, when Nina applied and was accepted, she also attended the Making Midwest Conference and Creative Business School Workshop. It was literally perfect timing because one of the Creative Business School Workshop Speakers talks was “Financial Wellness: Five Ways to Boost Yours” from Elaine Grogan Luttrull of Minerva Financial Arts. In the Workshop, Elaine covered a variety of topics all geared towards creatives and their financials! It was when she began discussing trade shows, fairs, and sales taxes that Nina knew it was meant to be! Sometimes you just don’t think about it, until someone says it! And, thankfully, Elaine did!

Make sure you check with your fair team if they are covered under a vendors license or if the fair itself/location has all the right licenses. Not sure if you need it? Just ask! That’s what Nina did. And, she was all set on that end. But, even though it was Nina’s first time selling physical art, and she wasn’t sure if she’d like doing it, she made sure to reach out to her Certified Public Accountant (CPA) on best steps to ensure she’d be all set license-wise, and anything else she’d need to set-up prior.

With her local CPA, they signed her up for a PA’s Sales Tax License (Free!) And, albeit a long application, with her CPA at her side (via phone), it was fairly painless. Don’t be afraid to ask your CPA to fill it out with you. They filled it out together over the phone to make sure everything was done correctly. And, it was! Because Nina received her Sales Tax License! Huzzah! There are a bunch more levels that are involved in making sure you’re all set to sell depending on your size of business, etc. We highly recommend reaching out to your accountant and any specialized lawyers that you might need.

Alright, back to the cash. So you paid for your booth & space at the fair for however many days, and you think you’re done. You’ve got months. It’ll be fine. So much time…

… Well, take it from Nina… start early. We even recommended in our first post on trade shows “Do’s and Don’ts”, but *maybe* Nina didn’t give herself as much time as she should have.

So let’s just reiterate that line from Part 1 again for the ones who really need it: GIVE YOURSELF MORE TIME THAN YOU THINK YOU NEED TO GATHER MATERIALS. It’s not only beneficial for your own sanity and also to make sure you don’t forget anything, it’s also very financially smart to do so, too. Because, for the most part, one of the top goals to being a vendor, is to sell something and make money.

Remember earlier when we said to read details? Well, this is where it’s super key to do so. Maybe you skipped that part, but when you’re starting to plan and buy items, it’s very beneficial to know what is included and what’s not. And, confirm the details again with the fair organizers, just to be safe!

Things that you’d think would be included, but might not be:

After you find out what is and what isn’t included in your particular fair/show, next up – getting everything else! You’ll need to beautify and brand your stand, plus get all your products printed and shipped (if you haven’t done it already)! 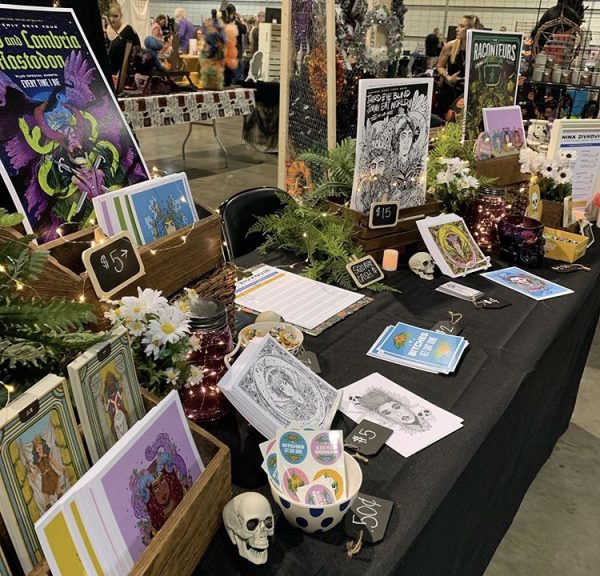 (due to timing, Nina had to do rush production and shipping on many of these. So, remember, get your products and booth planned ahead of time!)

After you’re accepted and you have your licensing figured out (if applicable), and while you’re prepping your products and booth, don’t forget to let people know that you’re going to be at the fair! We’re not all Beyonce’s – it doesn’t always work to drop an album the day of and still be able to sell.

Make a social media post that you’ve been accepted. Send a email to your current subscribers. If the fair is a few months away, you don’t have to get too heavy, but still add it to the footer of your posts, remind people about it without shoving it in their faces too much. Be genuine, but be smart. Tag the right people – like the fair itself, because they’ll usually like and/or repost your posts, too (it helps them!).

As soon as you know the booth number, make sure to add that to all your posts, as well. If you’re able to do a special subscriber or follower promo (like “free button when you stop down at our booth and purchase an item over $5! Just show this email!”) to help engage with your following and promote the event, do it! Get people excited!

We’ll mention this a couple times here, but don’t forget to post the day you’re at the fair. Live videos and/or Stories are great to share the experience in a more exclusive way. And, post about it afterward, especially if you forgot or didn’t post about it before or during – you hopefully gained more followers because of the show, remind them who you are! Nina posted a photo of the buttons she did as well as her booth and vendor neighbor to make sure people remembered who they followed and why!

Stay tuned for our Do’s and Don’ts Part III, with even more tips and tricks for your first art fair or trade show! 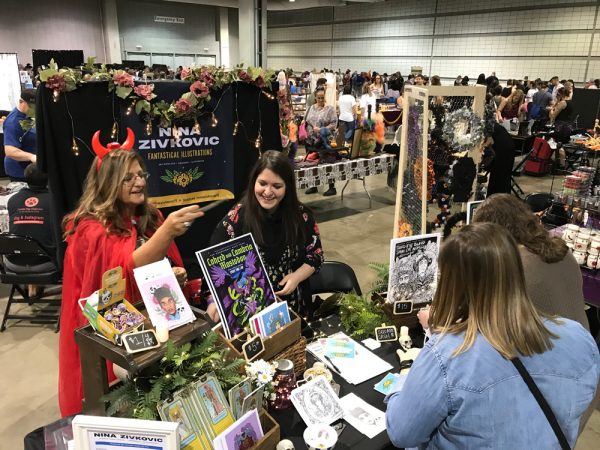 Going to your first trade show and feel overwhelmed by how much planning and strategizing goes into it? Let us help relieve your stress. Our design team at ocreations loves to prepare clients for trade shows – especially their first one ever! Check out some other tradeshow materials we’ve worked on. Let’s get creative. Let’s get your (trade)show on the road!