ocreations has provided the Pittsburgh Irish Festival with unique, award-winning designs for the eleventh year in a row.

When one thinks of the Irish, they often think of the letter “O.” Last names such as O‘Connell, O‘Reilly, and O‘Rourke often come into mind. This actually has nothing to with why ocreations is involved with the Pittsburgh Irish Festival, or the fact that ocreations President Shawn O‘Mara’s last name is in fact, O‘Mara, and is on the Board of Directors. It also has nothing to do with the fact that ocreations Vice President Jesse Mader (also on the board) is a rusty headed guy with strong Irish roots. It all just happens to be a happy coincidence.

It has much more to do with the fact that Nan and Maura Krushinski, founders of the Pittsburgh Irish Festival, are just so much damn fun. They allow our creative team to “do our thing” each year, and encourage new and fresh ideas about how to invite the world into the magic of the Irish culture. 2017 brought about some new changes, as the sisters passed the torch on to Maura’s daughter, Mairin, and decided to focus on the “Irish Roots” of the city. After all, many areas of the Pittsburgh area were built on the backs of the Irish.

We are proud to be a part of one of the longest running festivals in Pittsburgh! 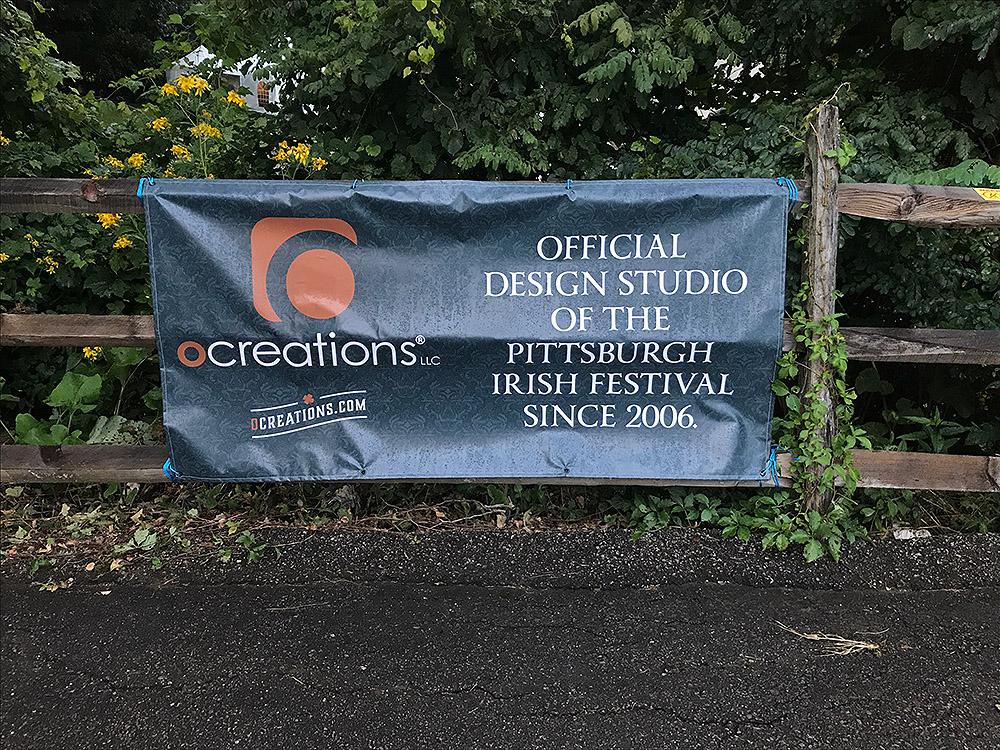