The designs for the Pittsburgh Irish Festival get noticed. 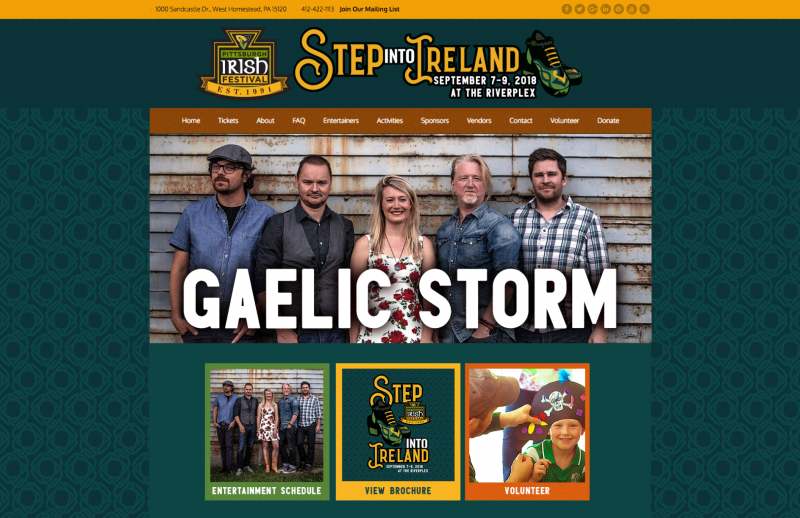 Additionally, the Pittsburgh Irish Festival also won an award for its 2018 Brochure cover: 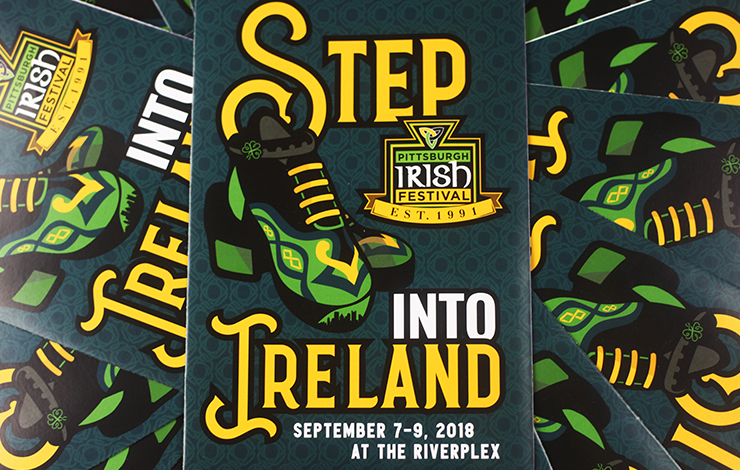 And, the festival also won for its Facebook page, social/digital ad series, and stationary letterhead.

Also, below is a Press Release, courtesy of the IFEA, with more information about the organization, the awards, and the award event.

Sponsored by industry leader Haas & Wilkerson Insurance, the professional competition draws entries from some of the world’s top festivals and events*.

Awards* were handed out in 69 different categories in total.

This includes Best TV Promotion; Social Media Site; Commemorative Poster; Sponsorship Program; Parade; Educational Program, Accessibility Program; Children’s Program; Social Media Campaign; Merchandising Program in addition to the highest award given by the IFEA in recognition of those Festivals and Events* who have a balance of all the elements necessary to ensure a successful event – the Grand Pinnacle.

“We would like to congratulate all of our Pinnacle winners for their outstanding entries into this year’s competition,” said IFEA President & CEO, Steven Wood Schmader, CFEE.  “The IFEA/Haas & Wilkerson Pinnacle Awards Competition recognizes the outstanding accomplishments and top quality creative, promotional, operational and community outreach programs and materials produced by festivals and events around the world.  Striving for the highest degree of excellence in festival and event promotions and operations in every budget level and every corner of the globe, this competition has not only raised the standards and quality of the festivals and events industry to new levels, but also shows how event producers can use innovation and creativity to achieve a higher level of success.”

In partnership with global affiliates under the umbrellas of IFEA Africa, IFEA Asia, IFEA Australia, IFEA Europe, IFEA Latin America, IFEA Middle East (MENASA), and IFEA North America, the organization’s common vision is for “A Globally United Industry that Touches Lives in a Positive Way through Celebration.” The Association offers the most complete source of ideas, resources, information, education and networking for festival and event professionals worldwide.

*All winners are selected from those Festivals and Events who specifically enter the competition. And, each category is separated into four separate budget categories. Also, each entry is judged within those budget categories, against the criteria and requirements of the specific category.

For a complete list of 2019 Pinnacle Winners go to: www.ifea.com/p/industryawards/pinnacleawards/pastpinnaclewinners

Also, photos of all winning recipients can be found: https://www.ifea.com/p/industryawards/pinnacleawards/pastpinnaclewinners/pinnaclewinnerphotos

Additionally, for more information on the IFEA, go to: www.ifea.com

And, check out this photo of Pittsburgh Irish Festival Director, Mairin Petrone with all of the awards! 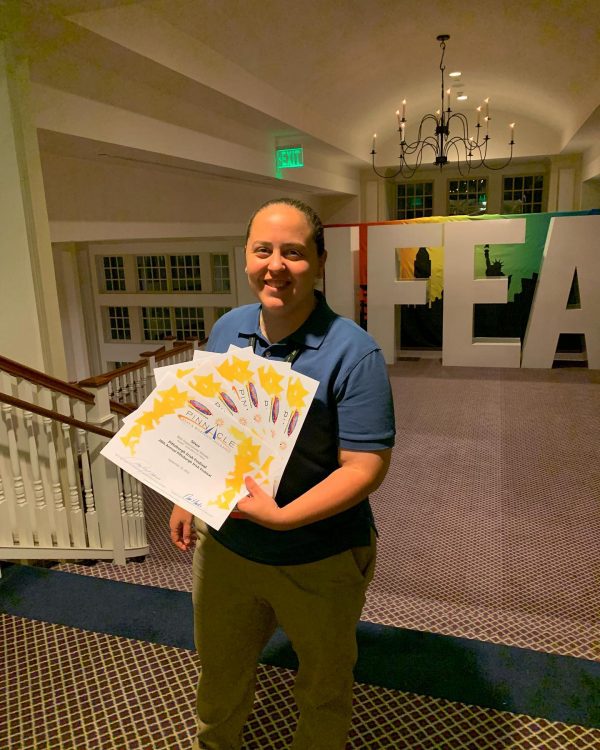